HAMILTON is the story of America then, told by America now. Featuring a score that blends hip-hop, jazz, R&B and Broadway, HAMILTON has taken the story of American founding father Alexander Hamilton and created a revolutionary moment in theatre—a musical that has had a profound impact on culture, politics, and education.

With book, music, and lyrics by Lin-Manuel Miranda, direction by Thomas Kail, choreography by Andy Blankenbuehler, and musical supervision and orchestrations by Alex Lacamoire, HAMILTON is based on Ron Chernow’s acclaimed biography. It has won Tony®, Grammy®, and Olivier Awards, the Pulitzer Prize for Drama, and an unprecedented special citation from the Kennedy Center Honors.

There is a maximum purchase limit of eight (8) tickets per household for the engagement. There will be a lottery for forty (40) $10 seats for all performances. Lottery details will be announced closer to the engagement. 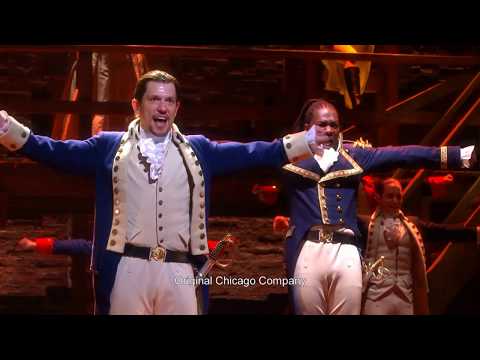 SECURE YOUR SEATS FOR BROADWAY’S RETURN TO THE MARCUS CENTER!

Subscriptions for the 2021/2022 Johnson Financial Group Broadway at the Marcus Center Season are available now. Make some plans to look forward to with a 6 or 7-show package.
Learn more about Broadway subscriptions here.

Fog, open flame and the sound gun shots will be used during the performance.
Hamilton is recommended for ages 10+.