What’s Going On: The Marvin Gaye Experience invites audiences to celebrate the hits of the legendary Marvin Gaye.  Brian Owens performs selections that span Gaye’s music-making career. Early solo hits like “Can I Get a Witness” and “I Heard It Through the Grapevine” share space with “You’re All I Need to Get By” and other classic duets. No Marvin Gaye song list would be complete without classics like “Let’s Get It On” or “Got To Give It Up.”
At its heart, Brian Owens’ Marvin Gaye Experience is about preservation and upholding the tradition of true soul music. The show prominently features a suite of pieces from Gaye’s “What’s Going On” album, which Brian counts as one of the most socially important artistic works in the history of American music. In light of recent events in and around Ferguson Missouri where he resides, Brian says the show also speaks to a heightened sense of urgency and the prophetic beauty of Gaye’s 1971 work. 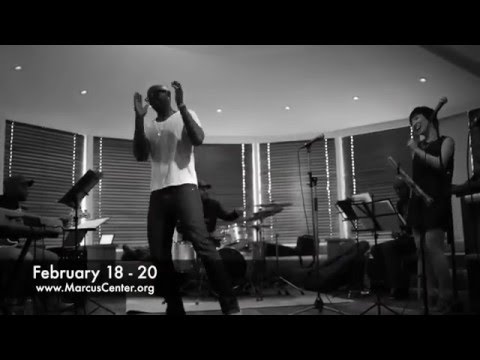 Established in March of 1976, Saz’s State House is where it all began for Saz’s Hospitality Group. Over the past four decades, Steve Sazama’s original vision for a first-rate restaurant and sports bar has grown into a destination restaurant with a loyal following. As evidenced by a collection of awards resulting from community nominations, Saz’s State House continues to proudly serve the community both in and outside of the expanded restaurant walls. Featuring favorites like its signature award-winning BBQ Baby Back Ribs, BBQ Pork Sandwich, and festival-favorite Signature Sampler Combo with Mozzarella Marinara, Sour Cream & Chive Fries and All Natural Wisconsin Cheddar Cheese Curds, the State House also boasts a robust event schedule, seasonal specials, private event space, and complimentary shuttles to and from many Milwaukee sporting events.