Since Justin Spencer formed Recycled Percussion in 1995, the band has been unstoppable. Their junk rock music became a national phenomenon week after week during their smash hit performances on America’s Got Talent in 2009. Playing over 4,000 shows and over 400 corporate events in over 15 countries, the group has also done guest appearances on "Carson Daly", “The Today Show”, “China’s Got Talent” and the Latin Grammy Awards. After being featured on the cover of “USA Today” and being voted National Act of the Year a record-breaking six times, the band gained world-wide recognition.


Student Rush is available for Recycled Percussion. Here are the details: 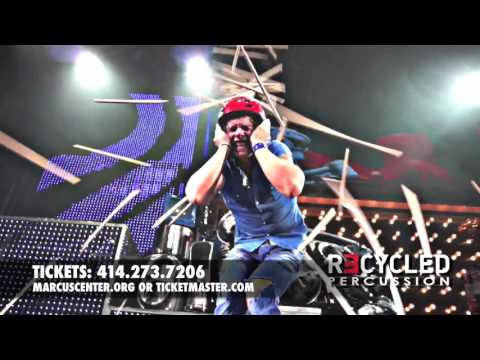 Established in March of 1976, Saz’s State House is where it all began for Saz’s Hospitality Group. Over the past four decades, Steve Sazama’s original vision for a first-rate restaurant and sports bar has grown into a destination restaurant with a loyal following. As evidenced by a collection of awards resulting from community nominations, Saz’s State House continues to proudly serve the community both in and outside of the expanded restaurant walls. Featuring favorites like its signature award-winning BBQ Baby Back Ribs, BBQ Pork Sandwich, and festival-favorite Signature Sampler Combo with Mozzarella Marinara, Sour Cream & Chive Fries and All Natural Wisconsin Cheddar Cheese Curds, the State House also boasts a robust event schedule, seasonal specials, private event space, and complimentary shuttles to and from many Milwaukee sporting events.

The SafeHouse is Milwaukee’s iconic spy themed destination providing a safe haven to the world’s surreptitious spies for 50 years. Spies are invited to rendezvous over our spycialty eats, crafty cocktails, and cold war era vibes. There is something for spies of all ages to enjoy during the day, while after 8pm bona fides (ID’s) are required for entry. Yes, a password is required to enter. No, we cannot divulge it. But as soon as you pass a fun clearance test to prove you’re a friendly operative, you enter a spy’s haven and den of global espionage and entertainment!