They delivered the papers, until they made the headlines…Direct from Broadway comes NEWSIES, the smash-hit, crowd-pleasing new musical from Disney. Winner of the 2012 Tony Awards® for Best Score and Best Choreography, NEWSIES has audiences and critics alike calling it “A MUSICAL WORTH SINGING ABOUT!” (The New York Times). Filled with one heart-pounding number after another, it’s a high-energy explosion of song and dance you just don’t want to miss.

Based on true events, NEWSIES tells the captivating story of a band of underdogs who become unlikely heroes when they stand up to the most powerful men in New York. It’s a rousing tale about fighting for what’s right…and staying true to who you are.

NEWSIES was brought to the stage by an award-winning creative team. It features a score by Alan Menken (Beauty and the Beast) and Jack Feldman (The Lion King II: Simba’s Pride) and a book by Harvey Fierstein (La Cage Aux Folles), with choreography by Christopher Gattelli (South Pacific) and direction by Jeff Calhoun (Big River). 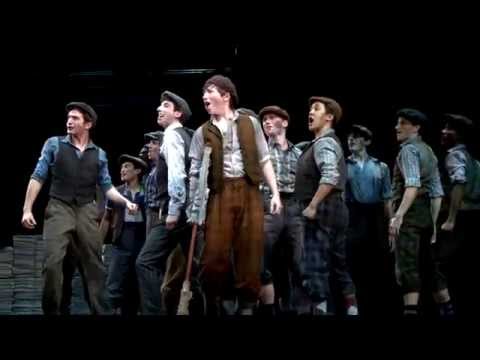 A setting worthy of your most outstanding events catering that sets your event apart from all the rest.
Cast & Creative