Join us for a special performance celebrating Veterans in our community and around the country.

TICKETS ARE FREE!
Reservation is required.

Visit here to make your reservation.

Seating is general admission and a ticket is required for entry.

The U.S. Army Field Band & Soldiers' Chorus presentation is entitled "Heroes," a celebration of people who have gone above and beyond for their communities. Join us on this musical journey while we share stories of strength, determination, and courage through the generations of those that answered our nation's call.

The Concert Band & Soldiers’ Chorus are the oldest and largest of The U.S. Army Field Band’s performing components. Founded in 1946 and 1957 respectively, these two ensembles combine to present joint concerts on their national tours. They have performed in all 50 states and 30 foreign countries for audiences totaling hundreds of millions.

The 60-member Concert Band and 29-member Soldiers’ Chorus perform regularly in some of the most famous concert halls in the world, and just as often in the humblest auditoriums in the smallest of communities. The joining of these two ensembles allows them to offer unparalleled versatility of programming, ranging from orchestral masterworks and operatic arias to Sousa marches, jazz classics, and Broadway musicals. The band and chorus also perform independently, and have recently shared the stage with such ensembles as the Boston Pops, the Cincinnati Pops, the Detroit Symphony Orchestra, and the National Symphony Orchestra. 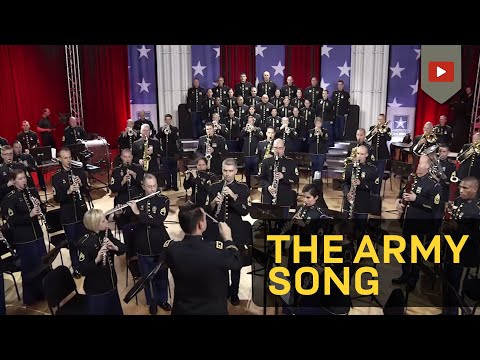 Duration is 2 hours 0 minute INCLUDING a 20 minute intermission